The Hawa Trust working with families to tackle FGM 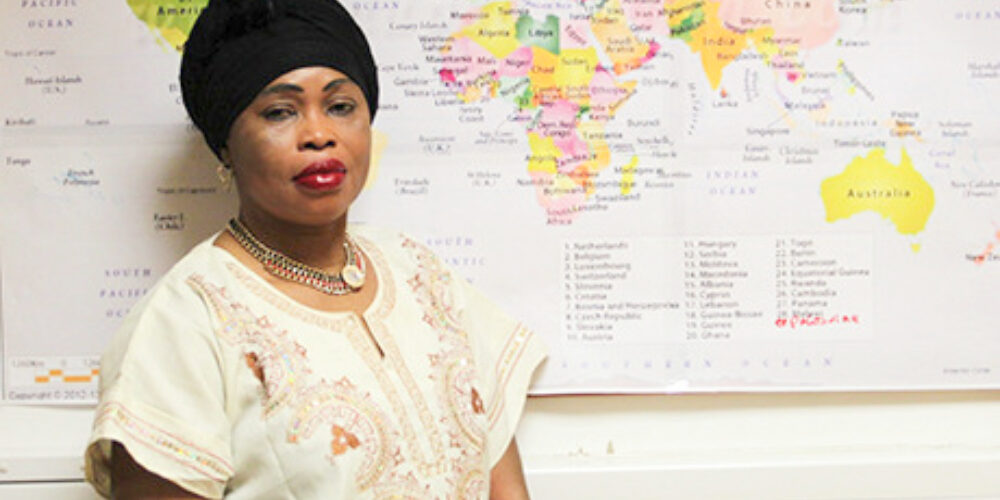 Hawa Sesay is the founder and leader of the Hawa Trust, a Hackney-based organisation working to help communities tackle female genital mutilation (FGM).

It has six staff in the Hackney HQ, with others abroad in countries like Kenya and Zambia.

“It’s an international network,” says Sesay. “We don’t just work in Hackney or England but we have colleagues all over the world.”

But the nature of FGM means that a lot of the Trust’s work has to be closer to home.

“We work nationally and internationally, but we live locally, in Hackney,” explains Sesay. “Charity begins at home: we started going into schools, running coffee mornings and raising awareness among children and parents.

“FGM is a hidden crime. You have to know the families involved.”

One of the Trust’s key messages is that under UK law it does not matter where in the world the crime of FGM is committed. Even if the procedure is carried out abroad, people involved can be prosecuted as soon as they return to the UK.

“People think that it’s only in Britain that they’re not allowed to cut their daughters, and they can take them abroad and do it and it’s not a problem,” says Sesay. “We have to tell them that it’s 14 years in prison if you do that.

Equally important is making girls at risk of FGM aware of what might happen to them. There are cases of girls being ‘ambushed’ and mutilated while being taken on holiday, with the connivance of their parents.

The Trust also works with women suffering the long term effects of FGM. Sesay frequently refers women to a specialist unit at Guys and St Thomas’ hospital run by Dr Comfort Momoh. Many women appreciate simply being able to come and talk to Sesay about personal issues springing from FGM, and she welcomes them into her home.

Sesay was herself a victim of FGM at the age of 13. She never discussed this with anyone until she attended university in the UK. “When I went to uni it came up as a topic. I said I would explain. At the end of the story I burst into tears.”

She set up the Trust after her nieces were infected with HIV after being cut. “They took them and they cut them. After, when they checked them, they found they were HIV positive. There was only one knife used to cut everyone.”

“Using one knife, how many kids, how many years –”

Sesay wants to encourage teachers, doctors and others who work with families to ask more direct questions about FGM if they suspect it has been carried out on someone they know.

The Trust is supported by Hackney Council for Voluntary Services (Hackney CVS), an umbrella organization for community groups in the borough.

Hackney CVS uses its links to help the Trust with its education campaigns and provides it with publicity and puts it in touch with other organisations, including Hackney Women’s Forum and Community Rise Action.

Kristine Wellington, head of safeguarding, children and families at Hackney CVS, believes community groups like the Trust have “the reach” to deal with sensitive issues like FGM.

“While FGM’s a national issue, it’s in these individual households where there’s a real taboo about discussing it,” says Wellington. “The more Hawa is talking about it, the more other people are talking about it or facing up to the fact that they don’t want to talk about it.

“The Hawa Trust is putting FGM on the diaspora agenda in Hackney.”

This article is published as part of a Community Partnership between the Hackney Citizen and Hackney CVS.

Hawa Trust is a local charity foundation that works with different people and organisations in the fighting against FGM/C related with HIV and order harmful abuse to women and girls. Our aim is to reduce risk of girls and young women undergo FGM here in the UK, Sierra Leone and abroad. Hawa Trust is the only FGM organisation of its type that is based in Hackney, East London.

Recent posts
Go to Top
We use cookies on our website to give you the most relevant experience by remembering your preferences and repeat visits. By clicking “Accept”, you consent to the use of ALL the cookies.
Cookie settingsACCEPT
Manage consent

This website uses cookies to improve your experience while you navigate through the website. Out of these, the cookies that are categorized as necessary are stored on your browser as they are essential for the working of basic functionalities of the website. We also use third-party cookies that help us analyze and understand how you use this website. These cookies will be stored in your browser only with your consent. You also have the option to opt-out of these cookies. But opting out of some of these cookies may affect your browsing experience.
Necessary Always Enabled
Necessary cookies are absolutely essential for the website to function properly. These cookies ensure basic functionalities and security features of the website, anonymously.
Functional
Functional cookies help to perform certain functionalities like sharing the content of the website on social media platforms, collect feedbacks, and other third-party features.
Performance
Performance cookies are used to understand and analyze the key performance indexes of the website which helps in delivering a better user experience for the visitors.
Analytics
Analytical cookies are used to understand how visitors interact with the website. These cookies help provide information on metrics the number of visitors, bounce rate, traffic source, etc.
Advertisement
Advertisement cookies are used to provide visitors with relevant ads and marketing campaigns. These cookies track visitors across websites and collect information to provide customized ads.
Others
Other uncategorized cookies are those that are being analyzed and have not been classified into a category as yet.
SAVE & ACCEPT